Winter Sports in the Victorian Era

Prior to the 1800s, sports were brutal, lawless, and something to be played and enjoyed by the lower-class. However, the Victorian Era brought rules and regulations to sports and shifted the focus from “manly physical pursuits to moral and spiritual exercises with disciplinary value and a spirit of fair play.”(1) The upper-class Victorians ate this up and sport experienced a social revolution during this time. While these changes affected sports like soccer, rugby, and cricket, this revolution paved the way for more competitive forms of winter sports and culminated in the formation of the modern Olympic movement in 1896.(2) Athletes are still benefiting from many of the changes brought about by the Victorian Sports Revolution. Many of the winter sports played by the Victorians would easily be recognized by spectators today.

People have been strapping themselves to gear and sliding across snow and ice since ancient times. Sleighs and sledges (what we would call sleds today) have been found in Viking era burials from the 9th century. While primarily used to get around the often snow-covered terrain, these sledges eventually evolved into the sleds, sleighs, toboggans, and bobsleighs we see today.(3) Ice skating dates back even further to around 1,000 BCE in Scandinavia, where people used them to quickly cross ice-covered lakes and rivers.(4) While the gear for traditional winter sports has been around for thousands of years, they were primarily used for function and not for recreation. It took the sporting revolution of the Victorian era for people to strap skates to their feet and race each other. 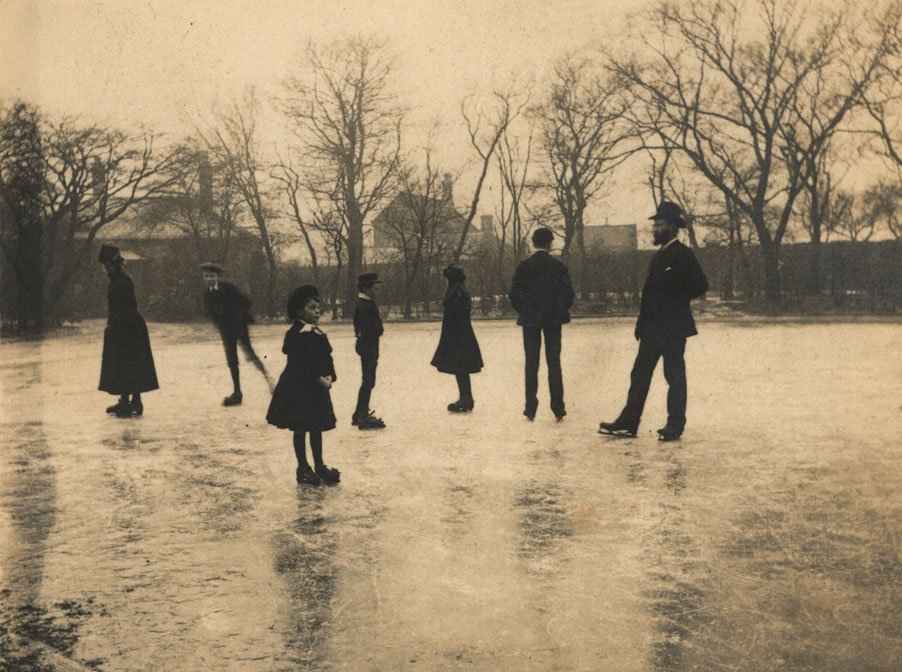 Ice skating slowly gained popularity throughout northern Europe during the 18th century. The popular pastime spread from Scandinavia to England and was brought to North America by British soldiers in 1740. By the end of the century, one could even spot Marie-Antoinette or Napoleon donning skates and gliding across frozen lakes and ponds. It wasn’t until the advent of refrigerated ice rinks in 1876 that ice skating really took off and could be enjoyed all year long. No longer were people forced to wait until winter to take to the ice. Within 10 years of the opening of the first ice skating rink, formal sporting organizations began popping up in Great Britain, the United States, and Canada. In 1892, the International Skating Union was formed making the sport official and developing an international set of rules and regulations. Speed skating began in the 1890s and figure skating made its Olympic debut at the 1908 London Games for men, women, and pairs.(5) By the end of the Victorian era, winter sports had become so popular that the International Olympic Committee officially created the Winter Olympic Games with the first competition happening in Chamonix, France in February of 1924. The games were a huge success and brought winter sports further into the world’s public consciousness.(6) All but one of these sports can still be seen in the modern Olympics. These included; bobsleding, cross country skiing, curling, figure skating, ice hockey, military patrol, Nordic combined, ski jumping, and speed skating.(7) 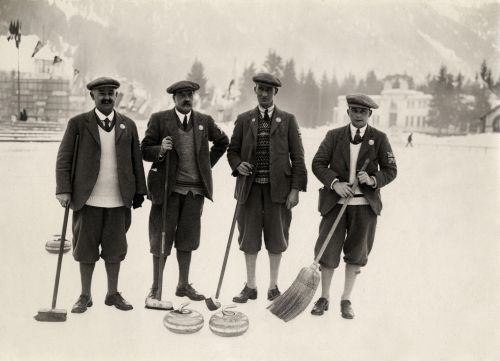 Noticeably missing, especially for many Coloradoans is a sport that brings thousands of people from all over the world to our mountains every winter, downhill skiing. Brought to the state by Carl Howelsen in 1910, Coloradoans quickly became ski mad. Howelsen was born in Norway in 1877 and immigrated to the United States in 1905 at the age of 28. By this time, he was already one of the world’s best ski jumpers and cross country skiers. He had already won the grueling 50-kilometer Nordic combined race twice by the time he was 25 years old. His first job in America was working for the famous Ringling Brothers Circus as a ski performer. However, this did little to satisfy his desire to ski on a real mountain. In 1910, he traveled through the Colorado Mountains, on skis, until he happened on perhaps the first ski tournament to the state just a couple of miles north of Steamboat Springs. He had found his mountain. He quickly created a ski jumping platform and by 1915 had built a second one which has since been named Howelsen Hill in his honor. Steamboat Springs quickly became known as ‘Ski Town U.S.A.” and an industry was born.(8)

Howelsen shared his love of the sport with the people of Steamboat Springs, especially among the town’s kids. Eventually the Steamboat Springs Winter Sports Club was created, the oldest such organization in the state. However, in 1921 Howelsen traveled back to Norway to visit his parents. While there he fell in love, got married, and settled down. He lived out the rest of his life in his native country. Despite this, he never forgot his time in Colorado and kept in touch with the friends he had made. During the 1952 Winter Olympics in Oslo, he was greeted by a large contingent of Colorado athletes all of whom were inspired by Howelsen in one way or another. He died 3 years later but is still remembered fondly among winter athletes around the world.(9)

While winter sports are not inherently a Victorian invention, we do owe them for the tremendous success they have achieved since then. We can trace almost all modern sport through their innovations and desire to make sports more “civil”. They made it so people from all classes could enjoy and participate. However there was still a lot of work to be done until sports equality became a reality for women and minorities. It would take until 1947 for Jackie Robinson to break the color barrier in the United States and become the country’s first minority professional athlete.(10) It wouldn’t be until 1991 when the International Olympic Committee would require all sports to have both a male and female competition.(11) It has been slow progress but we can still see the influence of the Victorian’s desire for safety and civility when we look at the ever-changing rules in modern sports. From stricter concussion protocols in American football to extensive drug testing in the Olympic Games, the Victorian’s influence can be seen in sports across the world.

11 “Key Dates in the History of Women in the Olympic Movement,” Olympic.org, Accessed December 6, 2019, https://www.olympic.org/women-in-sport/background/key-dates.