Who Brings Our Gifts?

In the United States, Europe, and many other parts of the globe, St. Nicholas, Santa Claus, and Father Christmas bring gifts to all the good children on Christmas Eve. The book, T’was Night Before Christmas, was written by Clement Clark Moore in 1823. This was the first time St. Nick appeared in America in a mass produced way. Santa quickly became the prominent symbol of Christmas that many celebrate today. Margaret Brown Tobin would have grown up hearing this story in her childhood home. Santa Claus is one of the more popular figures of Christmas who brings children gifts. However, all around the globe are other beings who visit around Christmas. During the Victorian Era it was popular to share ghost stories around the fire. Although there are no traditions involving Christmas ghosts aside from Charles Dickens, fearful creatures were a part of Christmas traditions. So let’s take a trip around the world and meet them. 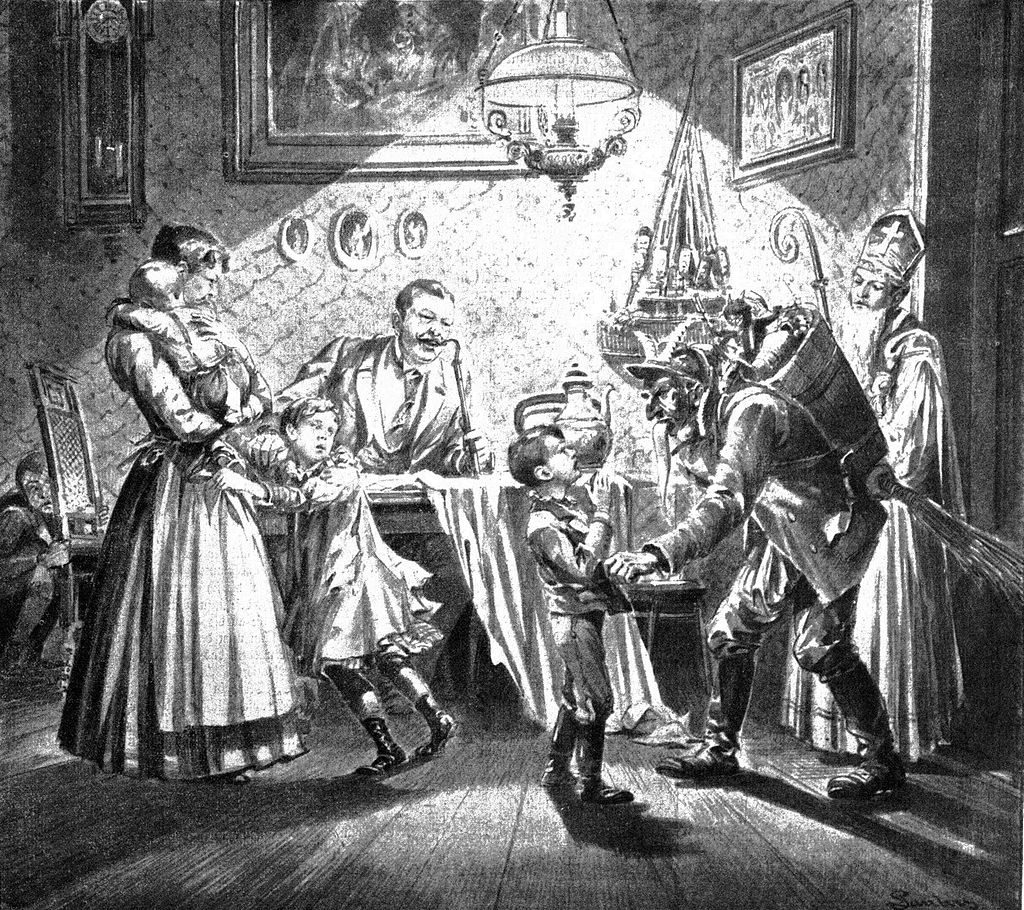 While traveling in Germany and Central Europe we meet the famed Krampus, a companion of St. Nicholas. While St. Nicholas gives good children presents, Krampus punishes the children who have misbehaved throughout the year. He is portrayed as a frightening goat creature with cloven hooves, and horns. Krampus rose to popularity during the 17th century. Krampus drags chains and carries switches made of birch to swat at bad children, he also carries a basket on his back to take away the worst behaved children. Recently this hooved figure has regained popularity through social media. So remember children, be good because a visit from St. Nicholas is much better than Krampus. 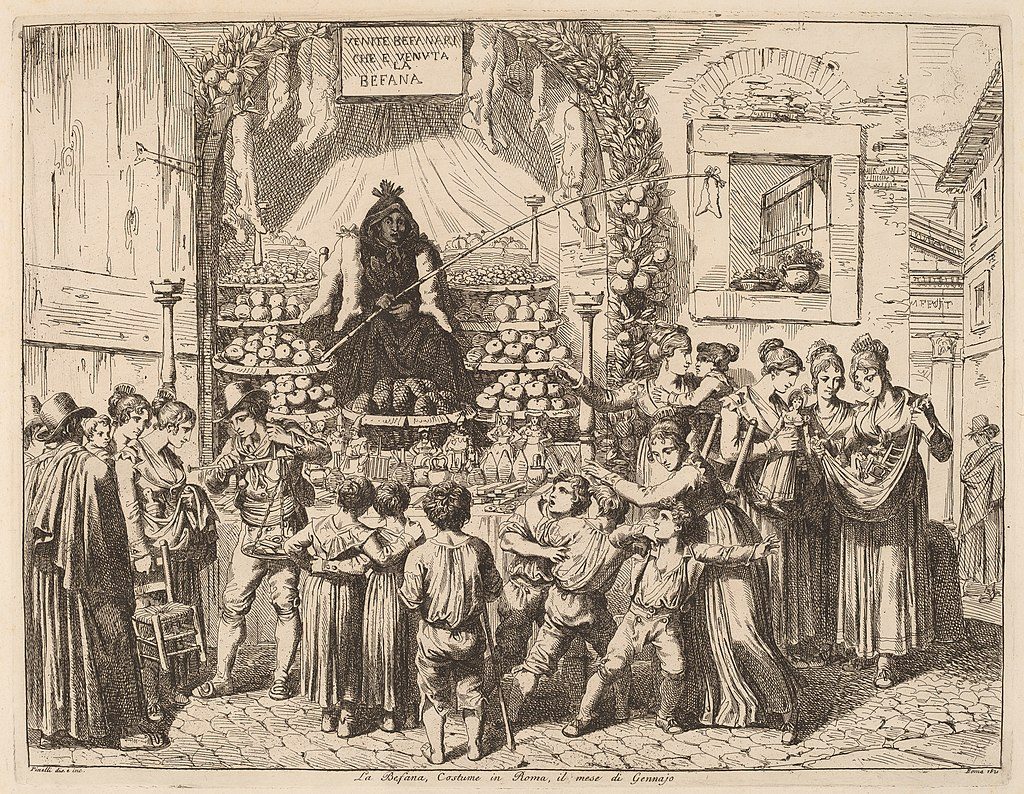 Now, we travel to Italy to meet a much more generous being named Befana. Much like Santa Claus, Befana brings gifts to good children, and leaves lumps of coal, onions, or garlic for the children who misbehaved. The legend of Befana dates back to early Christian History in Rome. According to the legend, the wise men were walking from town, collecting gifts for the baby Jesus. One woman was very busy with house work but invited the wise men to stay the night. In the morning the wise men asked if she wanted to go with them to Bethlehem. The woman declined because she had too much house work to do. By the time she was finished she realized she had made a mistake. She ran after the three wise men still caring her broom. Known as the Christmas Witch Befana rides her broom delivering gifts to children. She is also said to sweep your house on her visits.

Iceland has several figures when it comes to Christmas. During the 17th century, the most popular tradition began with the Yule Lads. The Yule Lads are thirteen trolls that come down from the mountains and cause mischief through pranking the town folks. They visit on the thirteen nights leading up to Christmas. Sometimes the lads demand gifts, and even steal. If the lads are in a generous mood they will leave gifts in children’s shoes left on the window sill for all the good children, the bad children receive a potato.

Getting a potato wasn’t the only thing misbehaving children had to worry about in Iceland. The Yule Cat was by far the most frightening creature to encounter around Christmas. If your family did not give you new clothes and you were inadequately dressed for the weather The Yule Cat would devour you. This poem by Johannes ur Kotlum illustrates the fear of the Yule Cat.

You all know the Yule Cat

And that Cat was huge indeed.

People didn’t know where he came from

Or where he went.

He opened his glaring eyes wide,

The two of them glowing bright.

It took a really brave man

To look straight into them. 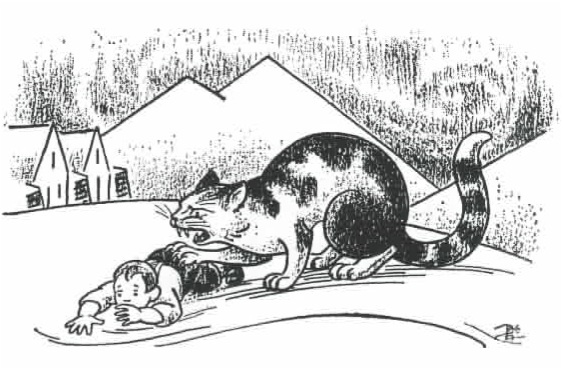 His whiskers, sharp as bristles,

His back arched up high.

And the claws of his hairy paws

Were a terrible sight.

He gave a wave of his strong tail,

He jumped and he clawed and he hissed.

Sometimes up in the valley.

Sometimes down by the shore.

He roamed at large, hungry and evil

In the freezing Yule snow.

People shuddered at his name.

If one heard a pitiful “meow”

Something evil would happen soon.

Everybody knew he hunted men,

But didn’t care for mice.

From Yule Cats, to Christmas Witches the traditions surrounding Christmas reflect the rich regional cultures of around the world. So this Christmas make sure you bundle and behave, because you don’t know who might be coming down your chimney!

Sources for this blog include: