The Women’s Suffrage movement in the late 19th and early 20th centuries began as a smaller group of women looking for the right to vote and grew into a massive cross-country campaign. However, the movement itself was not just made of women. In fact, from the beginning, some men took part in the fight for the vote. These men are known as the ‘suffragents,’ and were staunch allies of their sisters, mothers and wives who took part in the fight.

While many men were, indeed, against promoting the rights of women in the United States, there were still many who supported this idea from the beginning. As far back as 1775, with Thomas Paine’s publication of “An Occasional Letter of the Female Sex,” some men were promoting this ideology, seeing women’s rights as inherently part of unalienable human rights. Other notable Americans, such as journalist William Lloyd Garrison, author Ralph Waldo Emerson and activist Frederick Douglass, held similar beliefs in the 19th century. In fact, some of these men played vital roles as supporting voices in the early days of the Women’s Suffrage Movement.

There were other famous male supporters of the movement into the 20th century. George Francis Train was a journalist who helped Elizabeth Cady Stanton and Susan B. Anthony launch their suffragist newspaper. Thetus W. Sims was a congressman who was such a staunch supporter that, in 1918, he voted in congress to pass women’s suffrage, despite an undressed broken arm. James Mott was also a staunch advocate of women’s rights, and the husband of famed suffragist Lucretia Mott. Henry Blackwell and Francis Minor were also major male promoters of the suffrage movement, both husbands of suffrage activists themselves.

However, even though this smattered support did help the Women’s Suffrage movement, it was only in 1909, with the foundation of the Men’s League for Women’s Suffrage, that the support of men in the movement became more clear. This organization was founded by Max Eastman, the brother of radical suffragist Crystal Eastman. Eastman was a poet, philosopher and avid political activist, and formed the League in order to unite the men supporting the Women’s Suffrage movement. Indeed, this organization gathered much support, eventually reaching 20,000 members by 1912. They worked very closely with the larger movement, marching and protesting alongside their sisters, as well as pushing within legislatures to pass suffragist measures.

Unfortunately, many men who actively showed their support for the cause were persecuted because of this. They were often mocked when marching in protests, even told to “hold up your skirts, girls.” However, despite this, they continued supporting the women leading the cause and fighting for their right to vote. 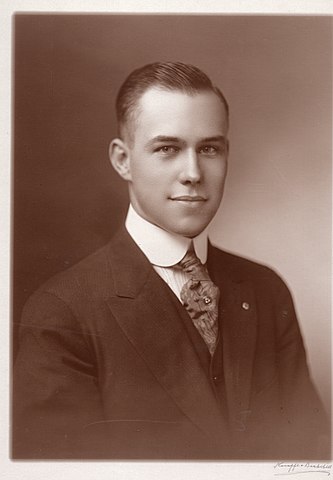 Probably the most famous story about this male support of the Women’s Suffrage movement is that of Harry Burns, a young member of the Tennessee House of Representatives, the last state to ratify the 19th Amendment, and the vote that turned the House in favor of ratifying suffrage. Burns was only 24 and a Republican. He had previously said he would vote against the amendment, and, on the day of the vote, even had the anti-suffrage red rose in his jacket pocket. However, earlier that day, he had received a note from his mother telling him to do the right thing and “to be a good boy and help Mrs. Catt” and vote for women’s suffrage. Indeed, Burns did, turning the vote with one single ‘aye’ and thus ratifying the amendment across the country. His support (with a little pressure from his mom), ultimately allowed for the passage of the 19th Amendment and thus greatly furthering the cause of women’s rights.

While the female activists, the mothers, sisters, wives and daughters, like Margaret Brown, who took part in the Suffrage movement clearly played the most vital role in the advancement of their cause, it is undeniable the help that was given to them by their male allies. Though they were often shunned for their support of the cause, they persisted. They were invaluable to the movement, setting examples, helping their sisters and ultimately helping to advance the cause of women’s suffrage.

The Woman’s Hour by Elaine Weiss