The Hidden Language of Flowers

Anyone who has ever received a rose knows that the giver is likely expressing a feeling of love toward the recipient. The idea that flowers can represent different feelings and emotions is nothing new and can be traced back as far as the ancient Egyptians. Flowers were used in religious ceremonies and festivals, found in many Egyptian homes, and were used to create perfumes.[1] When King Tutankhamun’s (King Tut) tomb was discovered multiple ornate floral collars had been stowed away in jars to rest with the King for all eternity.[2] Iris blossoms were also commonly used to symbolize power and could be found on the brow of the Sphinx of Giza as well as on the scepters of the Pharaohs.[3] 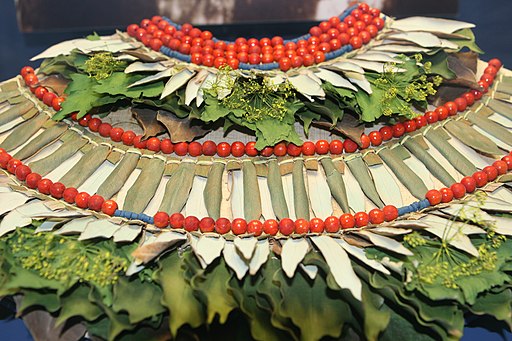 Reconstruction of a flower collar worn by a dignitary at the funeral of the pharaoh Tutankhamun.

While roses are synonymous with love today, the ancient Romans saw anemones in the same way. They would lay them down at altars of the goddess Venus in memory of her beloved Adonis. Verbena was also used throughout the Classical era as a symbol of peace and would often be presented at the signing of treaties. During the Middle Ages, people noticed a similarity between doves and columbines. Doves represented the Holy Spirit, and therefore columbines appear in many Renaissance paintings.

Shakespeare used flower symbolism in many of his plays, most notably in Hamlet.[4] After Ophelia goes mad, she hands out various flowers to the different people in her life. She gives rosemary and pansies to her brother Laertes symbolizing remembrance and thoughts, fennel and columbine to the King for flattery and deceived lovers, and rue to the Queen, which was thought to be the cause for most abortions and symbolized adultery. She also has daisies but doesn’t give them to anyone and instead places them on the ground showing how the Danish kingdom had lost its innocence. Finally, she says she would have brought violets, the symbol for faithfulness and fidelity, but they had all withered after her father died.[5] Most of Shakespeare’s audience would have understood these meanings giving the scene greater gravitas. 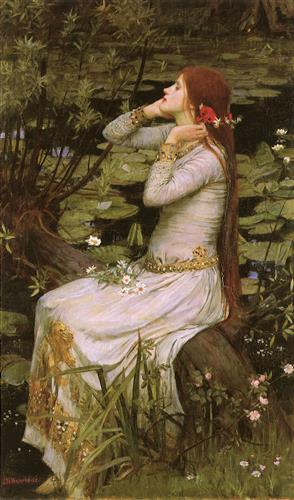 The language of flowers custom was likely first mentioned in England by Lady Mary Wortley Montagu in the early 18th century from letters she wrote while visiting Constantinople. She brought the Turkish custom back to England and helped to start the language of flowers fad. By the Victorian era, England and America became enamored with the language of flowers or Floriography as it came to be known. People would send curated bouquets of flowers, or tussie-mussies, to each other as messages of love and affection.[6] By 1818, the first flower dictionary was published by Mme. Charlotte de la Tour in Paris and was printed a total of 18 times, a testament to its popularity. The dictionary also coincided with a surge in French artists producing a plethora of floral illustrations, many of which ended up adorning the dictionaries. It didn’t take long until dictionaries began popping up in England and remained popular through the middle of the 19th century before the fad eventually made its way to America. No two dictionaries agreed on the meaning of every flower, but there are a few flowers whose meaning has been agreed upon for hundreds of years, at least in the Western world.[7] Lilies have always represented purity; ivy, fidelity; laurel, victory; and roses for love.[8] 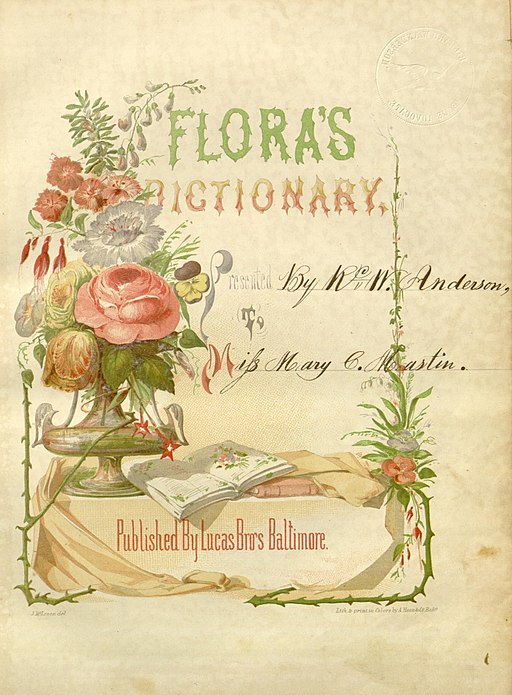 People could have entire conversations with each other through flowers alone. Flowers began to not only symbolize emotions, but some became synonymous with entire phrases. Orange blossom was interpreted as meaning, “Your purity equals your loveliness.”[9] In some cases, marriage was proposed and accepted without ever exchanging words with each other. It got to be so intricate that the way a flower sat in the bouquet could change the meaning. A flower tilted to the left meant ‘I’ or ‘me’ while a tilt to the right meant ‘thou’ or ‘thee.’ Even the state of a flower held meaning. A regular white rose meant “I am worthy of you,” while a dried white rose meant “death preferable to the loss of innocence.” A suitor better be sure that their bouquet was seen before the flowers started to wilt.[10] Despite some of the differences between the dictionaries, the language of flowers allowed Victorians to express to each other what they couldn’t always say in words alone. So when you’re picking out flowers for your loved one, keep in mind the hidden meaning of flowers so as not to send the wrong message. 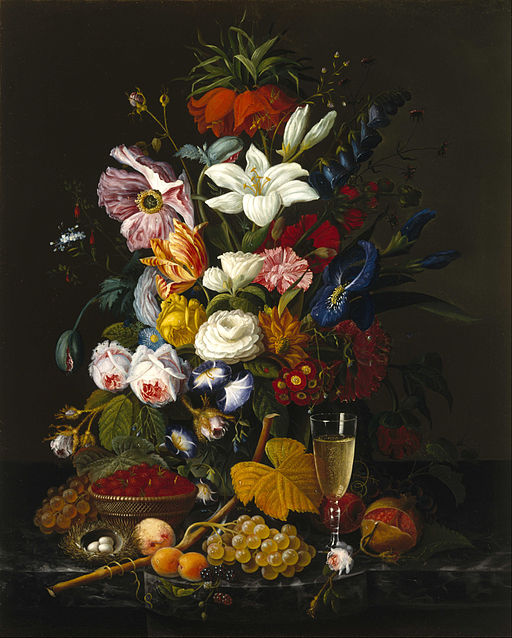