One of our wonderful volunteers recently won the Denver Women’s Press Club’s Unknown Writers Contest for Non-Fiction. She graciously agreed to write a guest blog for us on Margaret Brown and her involvement in the Press Club. We are happy to present it below:

The late 1800’s marked a sea change for the women’s rights movement.    Tired of being treated as second class citizens, women in Colorado and beyond were taking a stand: demanding the right to vote, running for public office, and pursuing their own interests and careers outside of their homes and marriages.

Riding that wave, Margaret Brown was likely involved in the establishment of the Colorado Chapter of the National American Women’s Suffrage Association in Leadville, Colorado in 1893. She eventually ran for public office before women even had the right to vote.  Always outspoken and never one to shy away from controversy, Margaret was quoted as saying “It is a mistake to think that Western women are crude and provincial.  There are hundreds, thousands, of wonderfully brilliant women in Colorado.  They are largely the flower of womanhood from the East, the North, the South – women who have dared leave their native homes to come out where they might expand, found new homes, enlarge their horizon.”   [“Man’s Fight, No Pink Tea”].  Margaret’s involvement with the birth of the suffrage movement in Leadville was just the beginning of her lifelong fight for women’s rights on all levels. 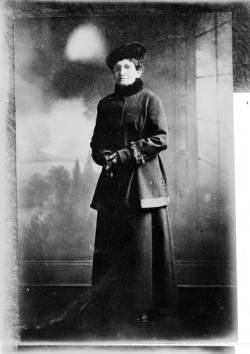 Minnie J. Reynolds was born in Norwood, New York, in 1865.  In her mid-twenties, she made the move to Denver to start a career.  Her writing skills caught the attention of the editors at the Rocky Mountain News, and although the editors initially thought they were hiring a man (she signed her name as M.J. Reynolds), she landed a job as a reporter.  She was originally assigned to cover the society pages, but worked her way into becoming a leading political writer.

In 1898, Reynolds was contacted by the General Federation of Women’s Clubs, which was planning its biennial meeting in Denver, who asked if the city had a club for women in the newspaper business.  She said yes, not wanting Denver to appear backwards to the Eastern club women, and quickly contacted several of her colleagues who came together to form the Denver Woman’s Press Club (DWPC).  Founding members included  Colorado’s first poet laureate, Alice Polk Hill;  the first Colorado woman to graduate from medical school, Eleanor M. Lawney; and as an honorary member, Mary Elitch Long, the founder, along with her husband, of the Elitch Zoo and Elitch Amusement Park.

With her usual determination and biting humor, Reynolds drew up bylaws which were immediately adopted by the members of this newly formed club:

No woman shall be admitted to the club who is…

Copy-readers and proof readers are forever barred from membership in this club.

Though Margaret Brown had not yet published any of her own writing, she became an associate member of the DWPC shortly after its founding.  Eventually she did publish several travel essays, including  “Mark Twain’s Boyhood Home,”  “Crossing the Alps in Modern Times,” “The French Woman Seen With American Eyes,” “The Life and Shadows of Hindu Life,” an autobiography which has been lost to time titled “The Course of Human Events,” and an account of her experience on the Titanic.

In May 1904, Margaret held an outdoor benefit at Avoca, the Browns’ summer home. The event included members of the DWPC, among others, with funds raised going to Judge Ben Lindsey, who was working towards establishing a juvenile justice system. 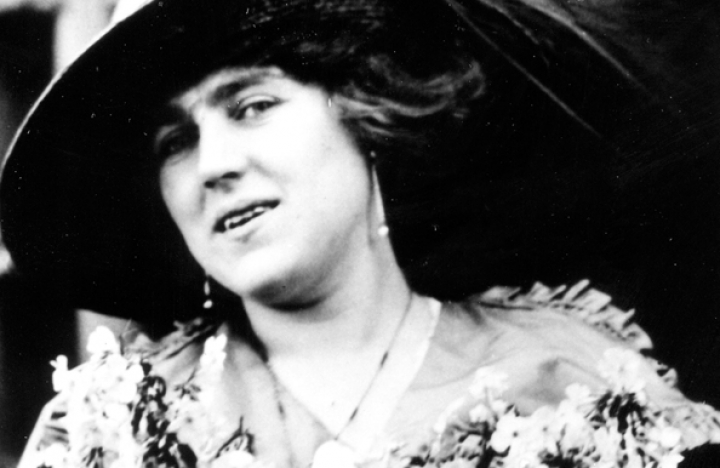 For several years, the members of the DWPC met in the homes of various affluent Denver residents, eventually moving on to local hotels.  Looking for a permanent home, in 1924 they purchased the home of local artist George Elbert Burr for $9,000.  With the help of several fundraising events, including fancy balls every January, the house was paid for within three years.  Although the house was small, any plans to expand it fell by the wayside with the arrival of the Great Depression.  However, there were funds available to redecorate, and that project was undertaken in 1935.  Heavy velour wall hangings were replaced with burlap, and a Chase piano was purchased for $495.  In 1935, Helen Bonfils, publisher of the Denver Post, delivered a speech in the newly decorated house.  Bonfils was not an active member, but was made an honorary member in 1955.  The house was made eligible as a historic landmark in 1968 and placed on the state register of historic places in 1995.  It remains the home of DWPC to this day.

The club sponsors a yearly Unknown Writers’ Contest, awarding prizes in three categories: fiction, non-fiction, and poetry.  They also award two separate scholarships to aspiring University of Colorado students for outstanding writing abilities in journalism and creative writing.  And the nearly one-hundred year old Scholastic Art and Writing Award is awarded to high school seniors, with the winners moving on to national judging in New York.

Today’s DWPC mission statement may be missing the sarcastic wit of its founding member, but is nonetheless as timeless and important as ever:

The Denver Woman’s Press Club continues to honor its heritage, functioning as a stimulating gathering place for people in literary, journalistic and media endeavors; promoting the cultivation of friendship and providing moral support to members; encouraging through educational and philanthropic means the pursuit of writing; and, in the words of club founders, offering a haven to drive dull care away!