Volunteering in America has a history almost as long as our country. Benjamin Franklin is generally credited with starting the trend by instituting a volunteer firehouse in Philadelphia in 1736. But volunteering likely predated him since people who cite Franklin’s gusto for communal fire fighting clubs say that he likely got the idea from similar organizations he saw while in Boston.

It’s important to remember that early America was awash in wood, and so wood was the primary building material. Combine wood with the heating and lighting of the day—fire and oil—and you get a fair number of fires that could sweep through villages and cities with little to stop them. Citizens would become members fire fighting clubs, which acted as protection societies–not unlike the mafia but without the illegal side hustles. Members would agree to respond to the call of a fire bringing two buckets (for the bucket brigade) and cloth sacks (to save possessions or goods) with them. If you didn’t join the club, they had no obligation to save your home or business, although given that all surrounding structures were likely made of wood, it would seem to be in everyone’s best interest to do so.

Soon associations were popping up throughout society to address the needs of the common man. Visitors from other countries would marvel at the civic nature of Americans and their willingness to help with the causes they deemed useful. The most cited of these visitors is Alexis de Tocqueville, a French civil servant from an aristocratic family. Tocqueville did not visit America until almost 100 years after Franklin’s firehouse was established, but he found volunteering a strong and growing phenomenon throughout American society. After his 9-month tour, he published his two-volume Democracy in America in which he stated,

“In the United States, as soon as several inhabitants have taken an opinion or an idea they wish to promote in society, they seek each other out and unite together once they have made contact. From that moment, they are no longer isolated but have become a power seen from afar whose activities serve as an example and whose words are heeded.” (Tocqueville 1840, 599) [1]

Tocqueville’s stated reason for visiting America was to examine our penal system. Coming from a long line of people who had escaped the guillotine (or not) it seems reasonable that he might have an interest in other kinds of legal systems. Instead, Tocqueville found himself caught up in the ways of the United States’ people and her government. He felt that the lack of an aristocracy is what set Americans apart from Europeans, causing them to work hard for the opportunity to one day have what the wealthy already enjoyed. He noted that in a democracy such as ours, the government would be continually required to grow to meet the needs of the people and that this need created the space for associations to form, since Americans had the luxury of choosing that which was most important to them and associations, in turn, gave them a voice in government affairs.

“Aristocratic societies always contain. . .a small number of very powerful and wealthy citizens each of whom has the ability to perform great enterprises single-handed. In aristocratic societies men feel no need to act in groups because they are strongly held together. . .A nation in which individuals lost the capacity to achieve great things single-handed without acquiring the means of doing them in a shared enterprise would quickly revert to barbarism” (Tocqueville 1840, 597) [1]

Not long after Tocqueville returned to France, Americans pushed their way into what is now Colorado. When they did, civic associations followed. We know from Margaret Brown’s life story that soup kitchens and suffrage organizations could be found in Leadville when the Browns lived there. Another early example is Volunteers of America, which started its first Colorado programs in Boulder, Leadville, and Pueblo in 1896. They set up soup kitchens and other services in Denver not too much later. 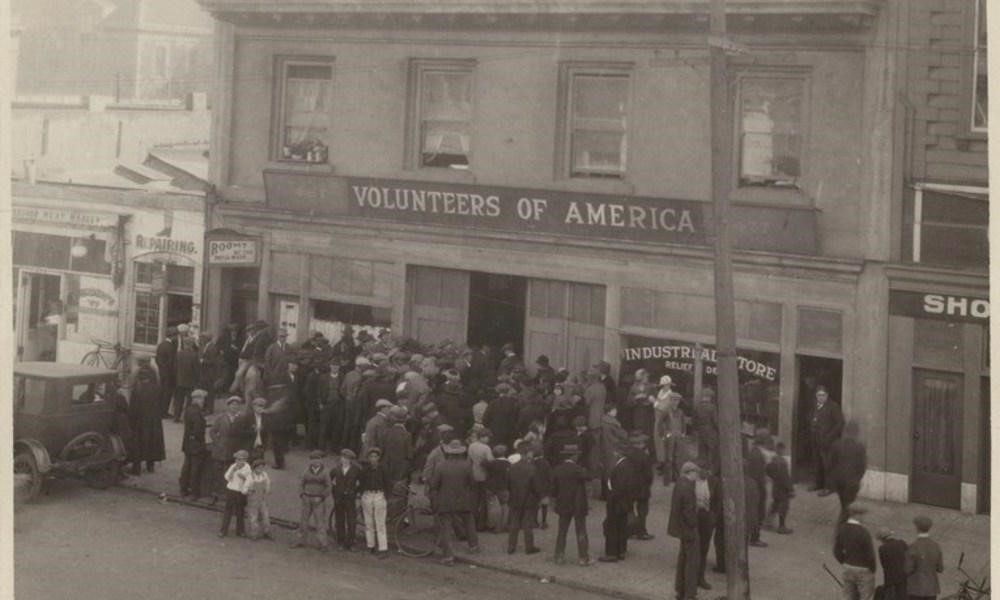 As society in Colorado in general, and Denver in particular, ramped up, we can look at Margaret’s biography to see the breadth of philanthropic causes and associations created to respond to society’s needs including the creation of our first hospital, first animal shelter, cathedrals, camps, and orphanages, not to mention writing groups, schools, and of course, political organizations. Never one to let a good cause get away, Margaret was at the forefront of many of the above civic initiatives.

It’s easy to see that virtue of volunteering for cherished causes carried through the life of Art Leisenring, who not only supported the Max Fund, but also was also the catalyst for creating the Molly Brown House Museum. Because of his desire to save the legacy of Margaret “Molly” Brown a group of civic-minded individuals came together in the late 1960s to create the Museum. That group went on to become a dominant force for preservation in Denver.

It’s also no exaggeration to say that the Museum would not exist today without the continued support of volunteers over the past 50 years. Volunteers have been involved in the evolution of the Museum at every step, and continue to be a vital force as we examine our role in an ever-changing city landscape and society.

Americans in general are still known the world over for their propensity to give. The most recent World Giving Index ranked the United States as number one. Joining them in the top ten are New Zealand, Australia, and Canada—countries whose formation are not that different from our own. Perhaps Tocqueville was right when he pointed out that our distance from aristocracy and our ability to move across class helped to create the civic nature he witnessed in his travels. Regardless the reasons for this excessively helpful nature, we’re beyond grateful for all of the volunteers, past, present, and future.