Located approximately one hundred miles west of the city of Denver, the town of Leadville is nestled in the Rocky Mountains and sits at 10, 152 feet above sea level.

After gold was discovered in 1859 on the banks of Cherry Creek near what is now known as Denver, thousands came to Colorado in hopes of striking it rich. Leadville sprang up relatively overnight by early prospectors looking for gold. In 1860,

Leadville was as a small miningcamp with a population of 5,000. These early miners tried their hand in what is called Placer Mining, which involved rudimentary and basic mining techniques like gold panning. It wouldn’t be until the late 1870s that silver-bearing lead ore, or carbonate, was found in Leadville. This ore can be refined to silver-lead bullion and was shipped back east for refining. Leadville’s silver boom made Leadville the most important mining center in Colorado and the second largest city in the state after Denver. It was even known as the “Greatest Mining Camp in the World” in its heyday. 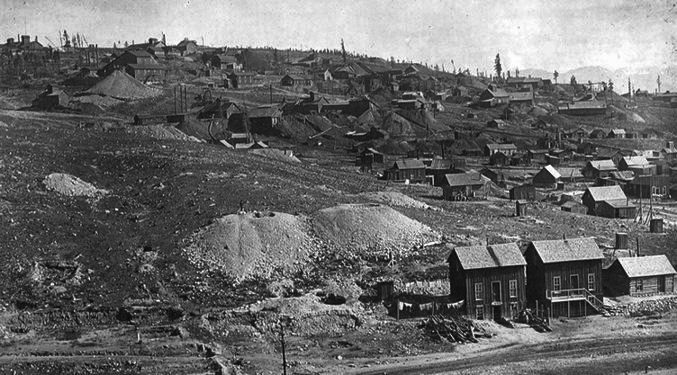 Thousands of miners flocked to Leadville in the last quarter of the 19th century, but not all made their fortune. In fact, the majority of Leadville’s population did not become an infamous ‘silver king’ like Horace Tabor. Instead, most worked long hours every day of the week and still struggled to put food on the table. But Leadville grew at a rapid pace, and it was a busy and bustling city.  In 1879, the town boasted 120 saloons, 59 boardinghouses, 3 daily newspapers, and 36 brothels. Churches and civic clubs were also built, and there was also a library.

Margaret Tobin arrived in Leadville in the spring 1886 at the age of 18 years old.  She moved to Colorado from Hannibal, Missouri, in hopes of finding a good job to support her family and to make a new life for herself.  She came westward to meet and live with her brother Daniel, who was already living in Leadville and working as a miner for $2.50 a day. The siblings lived in a small house together that spring and summer.

Women in Leadville worked hard under often difficult and challenging conditions. A good and stable income was hard to come by, and extreme weather was often hard to endure. Winter was long and cold, and summers were brief and cool. Women operated boardinghouses, and worked as nurses, cooks, housemaids, laundresses, teachers, and saloon girls but women were not allowed to mine. It was considered to be a curse to allow a woman in a mine. Shortly after her arrival in Leadville, Margaret began looking for work. She found a job on the city’s main street, Harrison Avenue, in the Daniels, Fisher, and Smith Dry Goods Store. She worked in the carpet and drapery department sewing carpets, draperies and shades. Margaret made $30 a month, a little less than half of what her brother made a month working in the mines.

Not long after Margaret Tobin arrived in Colorado did she meet James Joseph Brown at a church picnic in Leadville. JJ Brown was not wealthy but had a 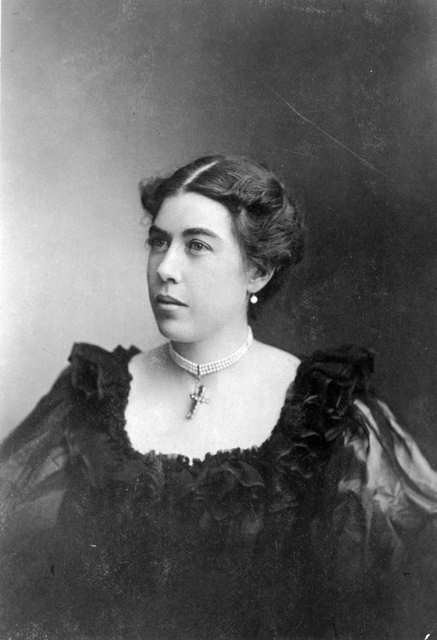 steady job in a Leadville mine as a miner. The couple dated, and married in September of 1886. She was 19 years old, he was 32. After their wedding, the pair moved to Stumpftown, a small town located just outside of Leadville and much closer to the mines.  The couple “started housekeeping in a modest little home and were very happy” (Iverson, 91). Both Margaret and JJ Brown would later mention that these years in Leadville were some of the best of their lives. The couple went on to have two children. Lawrence Palmer Brown was born in 1887, and Catherine Ellen Brown was born two years later in 1889. The Brown family made Leadville their home for a few years before moving to Denver in 1894.

For more reading on women’s lives in mining camps throughout Colorado and American West, please see:

Moynihan, Ruth Barnes., Susan H. Armitage, and Christiane Fischer Dichamp. So Much to Be Done: Women Settlers on the Mining and Ranching Frontier. Lincoln: University of Nebraska Press, 1990.