“I am a woman who has traveled all over the world, who has eaten with chopsticks and sat tailor fashion.” –Margaret Brown

By the 19th century a new class of solo women travelers appeared in the United States and Europe. These women traveled not to accompany husbands but to please themselves, venturing beyond destinations considered safe and respectable.  A woman traveling alone was rare and it was necessary for her to be fearless, bold, daring and courageous- qualities a proper Victorian lady was forbidden to possess.

Despite this, women travelers were determined to see the world. These intrepid women were often intellectual, middle aged, widows or spinsters and free from family duties.  Most wrote, some painted, observed, botanized, or collected as a way to share their all-encompassing passion. Women who traveled were willing to endure the hardships of long journeys in order to feel free and alive. Traveling allowed women to test the limits of their capabilities.

The growing number of women travelers by the turn of the twentieth century was linked to the increasingly vigorous movement for women’s equality.  By demonstrating that they could survive in foreign lands and endure rough conditions, traveling women were showing the world what women could do.

Margaret Tobin Brown was a privileged and passionate traveler.  Like other traveling women, she reveled in the freedoms that being abroad allowed.  Also like other traveling women, she was an avid collector, observer, writer and lecturer.  A description of her unpublished autobiography in the Denver Post in 1927 noted that her life was full of “trips to Europe, life in prewar Germany, the glamour of foreign courts, the romance of the Latin quarter in Paris” and that it was all related “in striking phraseology, possible only to one who has lived the life.”

Travel was not without its hardships however. In order for Mrs. Brown to get to London from Denver, Colorado in the year 1900 she would have to plan on a very long journey, first on the train and later on board a steamship. First, she would have boarded the Union Pacific Chicago Special train departing from Denver’s Union Station on a 25-hour ride to Chicago.  After spending the night in Chicago, she would have boarded another 20-hour train bound for New York City.  Passenger trains were equipped with state rooms, drawing rooms, libraries, smoking rooms, observation cars and dining cars.

Upon leaving New York, Mrs. Brown could plan to spend up to nine days aboard a steamship.  Early steamships lacked stabilization systems and seasickness was a common problem.  Additionally, cold weather in the North Atlantic and boredom made for tedious journeys.  Despite the inconvenience of trans-oceanic travel, steamships did make travel easier and more accessible.  Steamships were faster, larger and had private cabins. The White Star Line’s newest ship, the Titanic would be the most luxurious steamship in 1912, offering unparalleled opulence and entertainment for 1st Class passengers like Mrs. Brown.

The High Cost of Travel:

For all wealthy Americans, Europe was the cultural and social capital of the world and Mrs. Brown spent months at a time in different European capitals.  She especially loved the French language, culture and fashion.  While in Paris, Mrs. Brown loved to shop and would bring back piles of gowns and hats – what she called spoils of a year in Paris.  As quoted in 1900 newspaper article titled “Comments on a Year in Paris.” Mrs. Brown returned to France many times, especially while she served as a volunteer during World War I.

Mrs. Brown traveled throughout her life, but one of her most memorable trips was her 1901-1902 around-the-world tour with her husband J.J.  According to Mr. Brown’s visa, the couple and one servant arrived in Tokyo, Japan in 1902. Japan’s shores were closed to “outside barbarians,” including Christians, beginning in 1639 but reopened to foreigners in 1854.  However, Japanese authorities carefully controlled the way visitors saw the country and they were rarely allowed to go beyond the main ports of Yokohama, Kobe, and Nagasaki.  Despite the limited access, Japan was a favorite stop of Mrs. Brown’s. 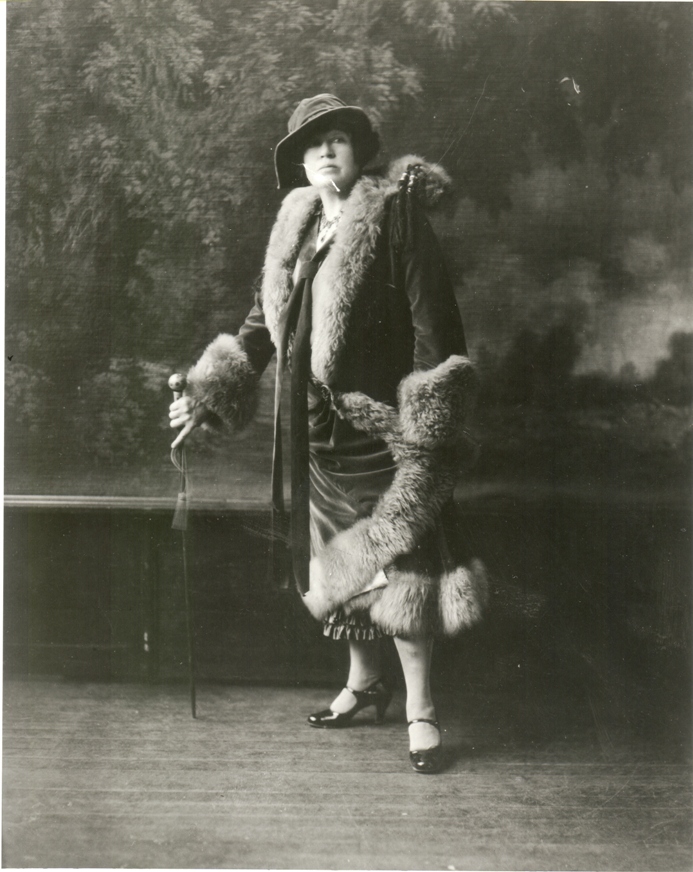 During their around-the-world trip, the Brown’s also visited India, a place Mrs. Brown returned on her own. At the turn of the twentieth century India was a popular destination for world travelers.  As part of the British Empire, it was well established with extensive rail systems, palatial hotels and offered fine dining on exotic dishes such as curried quail, sweet meats and pomegranates. Visitors were also exposed to elephant riding, opium dens, glorious temples, and tea plantations. However, a visitor to India could not help but notice famine and disease. This reality made many people, including Mrs. Brown, feel ashamed about the excesses of the West.

Many American missionaries went to India to help the poor. Mrs. Allen Becker and her husband were missionaries from Michigan. They had three children while in India. Richard, their youngest child, was only 20 months old when he became gravely ill. At the request of doctors, Mrs. Becker and her three children boarded the Titanic as second class passengers to go back to Michigan to care for Richard. All of the Beckers survived the sinking of the Titanic and Richard lived until 1975.

Egypt too was a fashionable but crowded destination.  A visit to the pyramids at Giza was a must.  Many women climbed the pyramids, which were said to be daunting and required great care in Victorian dress.  In late 1911 Col. John Jacob Astor IV and his young bride Madeline invited Mrs. Brown and her daughter Helen to join a group traveling through northern Africa and Egypt.  Ready for more adventure, she happily accepted the offer.

While in Egypt, Mrs. Brown received word that her first grandchild was gravely ill. She boarded the first ship that crossed the Atlantic: the Titanic. She boarded in Paris with her friends, the Astors and a wealthy widow and friend, Emma Bucknell. Mrs. Bucknell confided to Mrs. Brown, “I have a premonition about this ship – but I suppose it’s just nerves.” Mrs. Brown had traveled several times with Captain Smith and was not concerned. She comforted Mrs. Bucknell. Mrs. Brown, Mrs. Astor, and Mrs. Bucknell survived the sinking of the Titanic. Col. Astor perished, but his body was recovered from the sea.

By the time the Titanic set sail in 1912, it was quite common for female passengers to be travelling alone. Through the courage of earlier, pioneering woman travelers, twentieth century society came to more openly accept solo female travelers like Margaret Tobin Brown.  And, like many other women travelers, Mrs. Brown wrote and lectured about her travel experiences.  In 1914 she even began a nationwide lecture tour.  She had hundreds of slides and gained the reputation of being a very compelling and colorful speaker.

Margaret Tobin Brown once stated “I am a daughter of adventure.  This means I never experience a dull moment and must be prepared for any eventuality.  I never know when I may go up in an airplane and come down with a crash, or go motoring and climb a pole, or go off for a walk in the twilight and return all mussed up in an ambulance.  That’s my arc, as the astrologers would say.  It’s a good one too, for a person who had rather made a snap-out than a fade-out of life.”