The Early Years of Margaret Brown

Margaret Tobin was born to John and Johanna Tobin in Hannibal, Missouri, on July 18th, 1867. She was born in the family’s modest cottage where she would live until she was eighteen years old. The four-room cottage was situated on the side of a hill not far from the Mississippi River, and it still stands today.

Margaret, or “Maggie” as she was often called by family and friends, had a positive and lively upbringing. One of six children, Margaret and her siblings spent a significant amount of time together, both within the walls of the family’s home and outside in town and on the banks of the Mississippi. Much of daily life revolved around the family’s religion. The Tobin’s were Irish Catholics, and Hannibal has a large and close-knit Irish population that the Tobin’s immersed themselves in.

A large emphasis was placed on education in the Tobin household. Margaret went to school through the eighth grade. Completing the eighth grade in the mid to late nineteenth century is equivalent to an entire high school education today. Margaret was taught in a school by a woman named Mary O’Leary, who also happened to be Margaret’s aunt. Although Margaret was done with her formal schooling by the age of thirteen, education would continue to play a large role throughout her life. 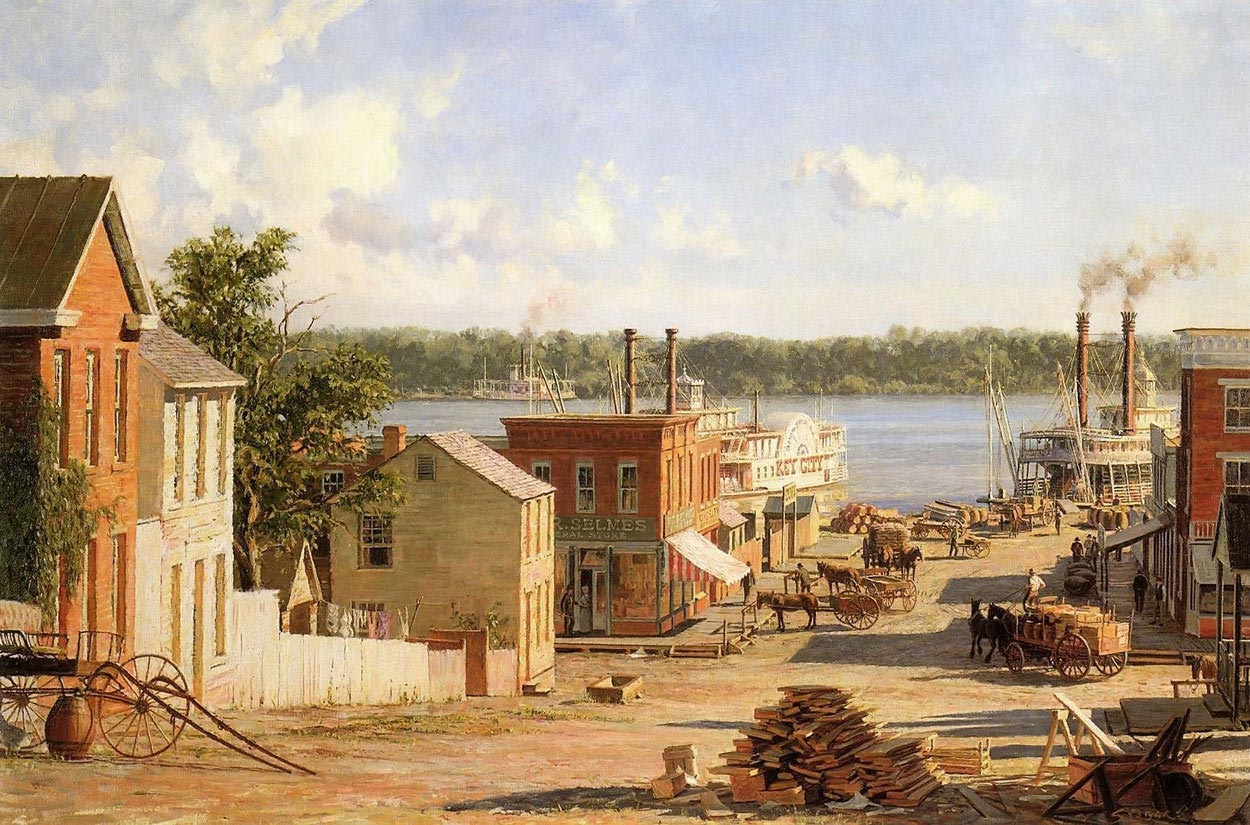 to work in a local tobacco factory to help support her family. She worked for the Garth Tobacco Company, a factory that processed over 500,000 pounds of leaf tobacco per year. The company was located in a four-story building in Hannibal’s town center. The first two floors of the Garth establishment were used for stripping and rolling tobacco, the third floor contained casing and sorting rooms, and the fourth floor had beds for employees who needed a place to stay. Margaret was most likely a leaf stripper, which means she would have stripped parchment-like tobacco leaves from their stiff, prickly stems and would have also helped prepare for processing and packaging. Rolling of the tobacco into cigars was primarily a man’s job. Margaret never spoke or wrote anything about her experience in the tobacco factory, but it was an important aspect of her teenage life.

During these young years in Maggie’s life, Hannibal was becoming a center of trade and industry, largely due to its strategic location on the banks of the great Mississippi River. In the years following the Civil War (in the era known as Reconstruction), Hannibal grew from a small river town into a busy and thriving center of commerce. The lumber industry thrived. Hannibal was an important port along the Mississippi River and the town boasted a large shipyard, and it was central railway hub for the country’s expanding railroads.

Margaret was witness to much of the Hannibal’s growth and development during her young years. She saw the completion of a railroad bridge across the Mississippi River that connected Hannibal to the rest of the country like never before in terms of trade, commerce and transportation. Margaret was living in Hannibal when the city’s first streetcar system was implemented, and the first telephone service in the state of Missouri was created in Hannibal in 1879.

Being so closely connected to the railroads, Hannibal was also a hub for culture and sophistication. It was a cosmopolitan town with access to goods and services rivaling that of St. Louis and other Midwestern cities. Margaret later worked as a waitress at the beautiful new Park Hotel, where she met and spoke with Mark Twain, also known as Samuel Langhorne Clemens. Twain was also from Hannibal, Missouri, and records indicate that he was one of the first to tell the then Margaret Tobin about the gold fields of the West. Margaret lived in Hannibal until 1885, when she left for Colorado at the age of eighteen years old.