Stitches and Scissors at the Molly Brown House Museum

The spring exhibit at the Molly Brown House Museum is Stitches and Scissors: the Importance of Victorian Craft.  Open until April 30th, this exhibit explores women’s roles, technology and popular crafts.  Most crafts during the Victorian Era were parlor crafts, a pastime for wealthy women with leisure time.  The market was flooded with machine made fabrics and clothing so crafts were used to embellish the home, more so than for practical use.  Our exhibit looks specifically at needlecrafts, lace making, yarn crafts, scrapbooking, seashell crafts and hair art.  We selected these particular crafts because they experienced great technological advances in the Victorian era; such as the Singer sewing machine and the mechanical bobbinet for lace making.

Technological advancements drastically changed the way that Victorians crafted.  In many ways these advances encouraged crafting, making it easier and more enjoyable.  In other ways it decreased the value of certain crafts, like lace, by making them readily available.

Because of their role at home women became the main purchasers for the household.  Their new role in consumerism increased demand for women’s education to cover prudent spending, domestic science and household arts that served to revive interest in crafts that a generation earlier had been used only by those who couldn’t afford readymade clothing.   As literacy levels rose the popularity of printed patterns for knitting, crocheting and embroidery increased and they became more widely distributed.

Sewing saw the innovations of the electric sewing machine along with graded patterns.  Graded patterns on tissue paper, invented by Ebenezer Butterick in 1863, allowed for a variety of high fashion clothing patterns to be properly sized for the seamstress and mass produced, which led to the introduction of home-sewn high fashion clothing.  The Singer Manufacturing Company introduced the electric sewing machine for the home in 1889 which simplified home and boutique dressmaking and allowed for the application of trims which previously had been time prohibitive.  Wide distribution of machine made fabrics increased available fabrics to sewers of all levels.  This impacted the craft of quilt making, causing quilts to shift from primarily utilitarian objects that provided warmth to esthetically pleasing decorative embellishments used as wall coverings or throws. 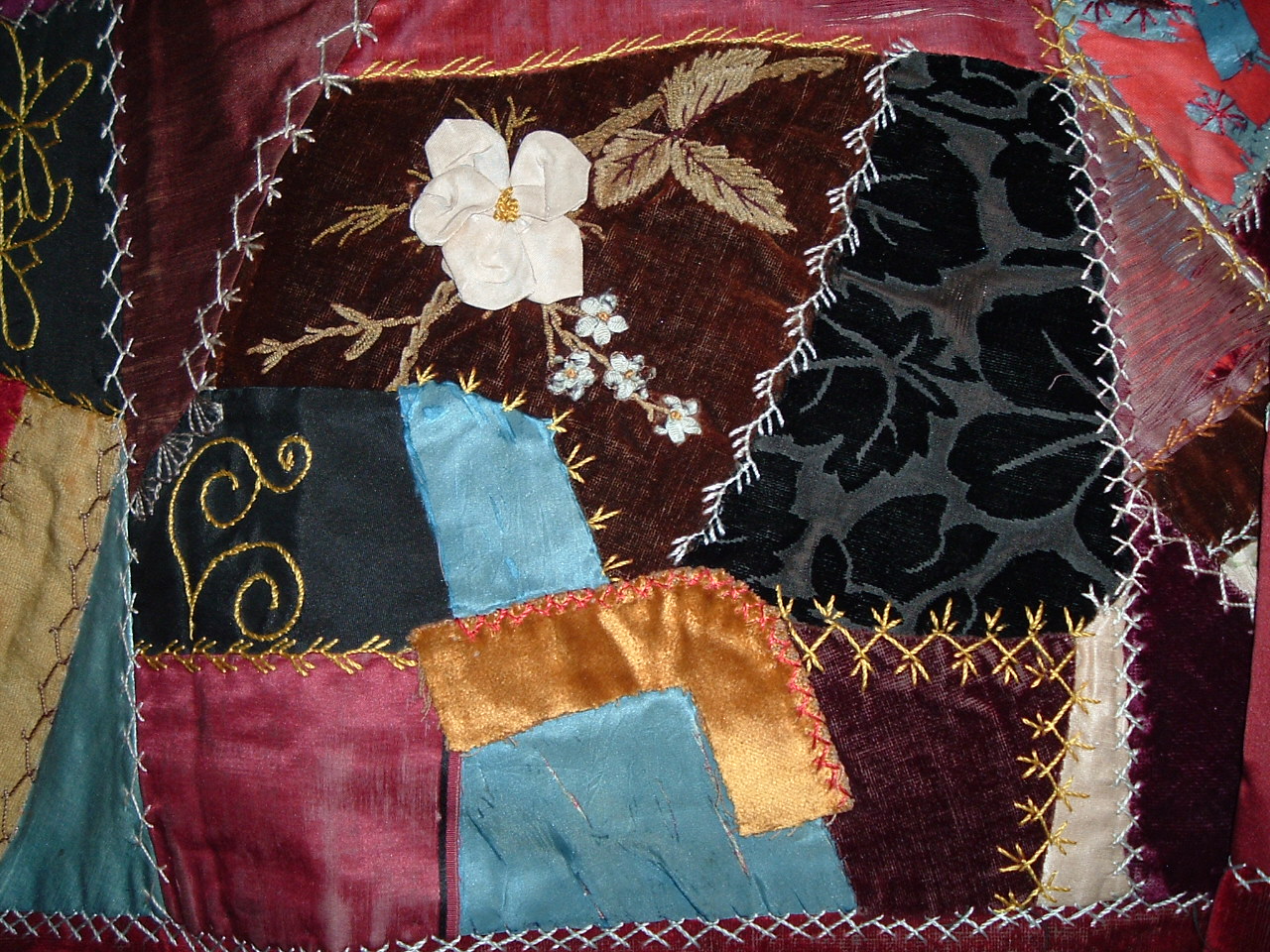 Women during the Victorian Era also used their crafts as a form of artistic expression.  Artistic quilts were usually made by upper class women who had plenty of leisure time and could afford expensive fabrics.  The most popular example are crazy quilts, a pattern of abstract shapes made of silks, velvets, satins, taffetas, brocades, and wools were sewn together and embellished with embroidery, beads and painted designs.  Another type of artistic quilt was the charm quilts which was made up of fabric scraps from friends and old clothing.  Sometimes the quilts were made up of 1,000 tine patches, each of a different fabric.  Needlework pieces were an intricate part of Victorian décor.  Since crochet and needlework created more lavish pieces than knitting they were more commonly used.  Crocheted doilies throughout the Victorian home often represented the craftsmanship of the woman of the house.  Lace was also used in fashion as well as for home décor especially as curtains.  Women were also considered to be the keepers of family memory, as mourners, and as the home’s spiritual leaders.  To remember vacations women made scrapbooks, embroidered pillows, made sculptures out of collected seashells, post card books and photo albums.  Photographs of loved ones were often accompanied by a lock of that person’s hair to preserve their memory.  Hair was also placed in brooches, made into bracelets and mourning’s wreaths.  These customs were believed to ensure a reunion with the deceased in the afterlife.

The invention of the bicycle and the influence of other sports such as golf and tennis dramatically changed knitted and crocheted clothing.  For example, the popular shawl began to be replaced by the sweater.  Knitted bicycle outfits were popular, especially cardigans. 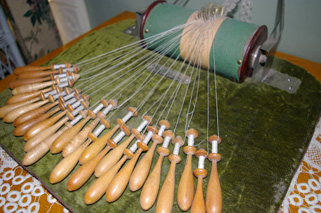 Lace making was greatly affected in 1808 by the invention of the bobbinet, a roller-locked machine that created tulle or lace net which was used as a base for embroidery.  This invention made it difficult to tell the difference between handmade and machine made laces popular in Victorian fashions and home furnishings.  Some of the technological advances made the crafts more enjoyable and popular while others encouraged a revival of handmade products.

The role of crafts in the lives of women has drastically changed over the years.  During the Victorian Era technological advances and women’s roles in society changed the way that crafts were produced and the reason for them.  The revival of crafts over time corresponds with the value that is placed on handmade goods.  Just as then, today we are yet again experiencing an increased interest in crafts, as we place value on the handmade and creative arts.