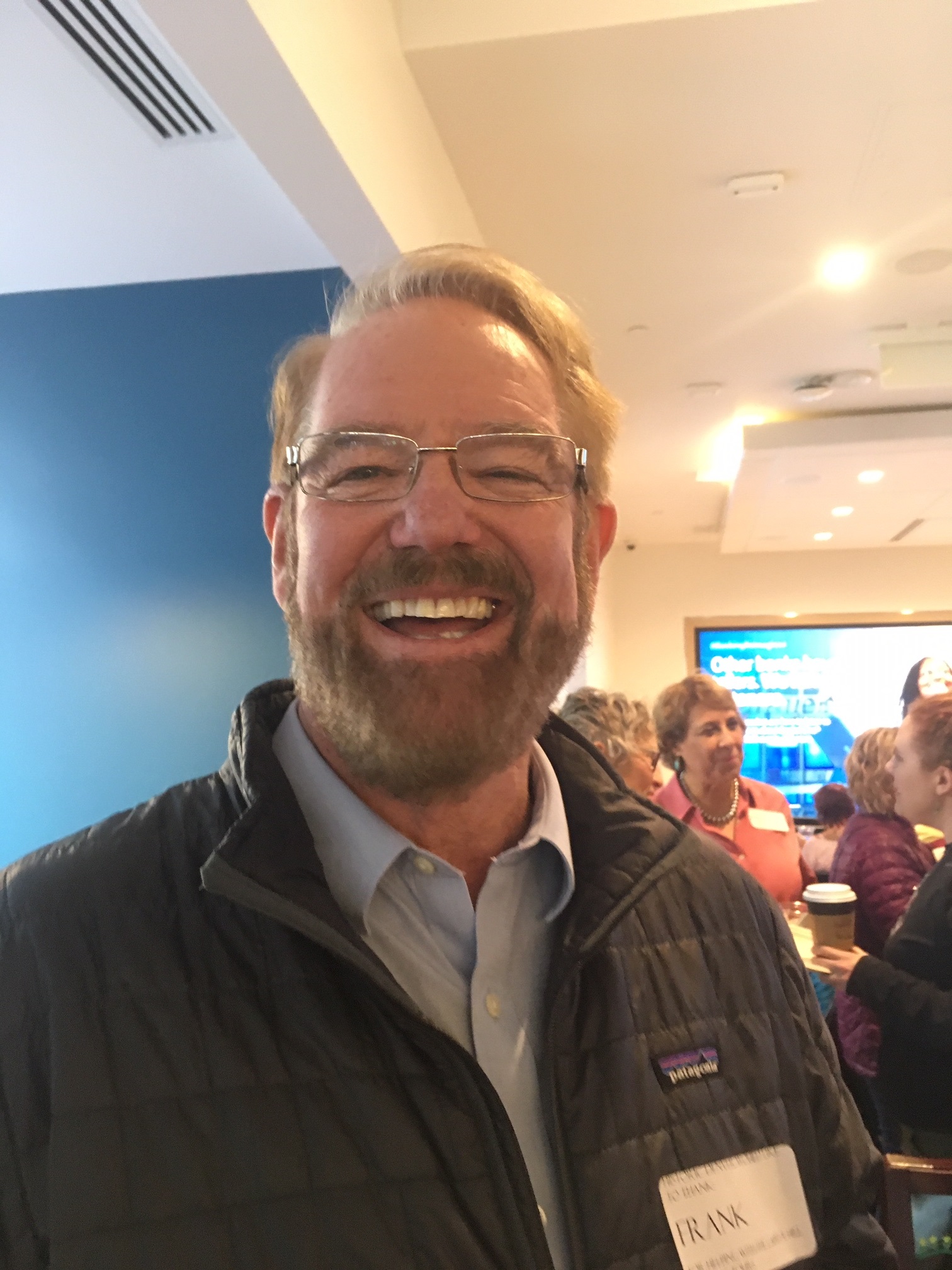 At the Molly Brown House Museum we have more than 100 active volunteers who help by conducting our guests on tours through the Museum, working with school groups, assisting at events and sorting through our archives. It is not an exaggeration to say that we could not open our doors on a daily basis without their help. To celebrate our volunteers, we are highlighting a few during April, which is National Volunteer Appreciation Month. We will begin with Frank!

Frank began volunteering at the Museum just over a year ago, not long after moving here from across the country.  While he mainly guides guests on tours of the Museum, he also lends a hand at events. Other than the Molly Brown House Museum, Frank’s favorite place to visit in Denver is the Denver Botanic Gardens. When we asked about his favorite place to eat in town he gave a shout out to Grind Kitchen and Watering Hole in Cherry Creek North. He tells us that they have an amazing brunch and southern fried chicken!

When it comes to the Museum and what he has learned and seen during his time with us, he tells us that his favorite story is about Margaret Brown and World War I. He loved discovering that Margaret was an ambulance driver during the war and had Mark Twain’s work translated into braille for blinded soldiers. Margaret initially worked with the American Committee for a Devastated France alongside of Anne Morgan, daughter of J.P. Morgan. Their work included driving and repairing ambulances, providing medical assistance, food, clothing, and shelter to the local population as well as working with local governments to rebuild housing, schools, and public libraries.

After the war ended, Margaret found herself back in New York working with blinded soldiers to help them learn to do the necessities of life before returning home. It was here that she led the effort to have Twain’s works translated into braille. Because of these efforts during the war, as well as her work on behalf of the survivors of the Titanic tragedy, Margaret was nominated for a French Legion of Honor, that country’s highest civilian award, which she received a few months before her death in 1932.

Our volunteers, and especially those that work closely with our guests, hear some of the oddest questions. Frank shared that the strangest question he’s received so far was about the color of Margaret’s bedroom. The walls are covered in brilliant green silk. One guest approached Frank to find out if the room was green because that is the color of money! The answer is a definitive “no.” We believe that Margaret’s room is green because that was her favorite color.

Frank is a great example of the kind of volunteer that makes the Molly Brown House Museum special. While he’s only been with us for a year, it’s become hard to imagine the Museum without him!