In a time when the world was constantly changing, and rapidly, Titanic was a breath of fresh air that demonstrated the intense power of man. Coming in at 882 feet and 9 inches, the size alone was enough to draw over 100,000 onlookers when it launched on May 11, 1911, nearly a year before it’s fateful voyage.

Titanic was the largest luxury ocean liner for its time, but she was not completely alone. The Olympic-class ships were built by the Harland and Wolff shipyard, Titanic and one of her sister ships, Olympic, were constructed side-by-side in tandem. Harland and Wolff shipyard had to demolish three existing slipways just make room for the two new ones which made it the largest slipway to that point. Starting mere months apart, Titanic, and Olympic took about 26 months to construct with much of the technology used in its infancy stages. The third sister, Britannic, was meant to launch in early 1914 but due to the tragedy of Titanic more improvements were made for its new August 1914 new launch. Unfortunately, with the outbreak of World War I, Britannic would serve not as its intended passenger liner but rather a hospital ship and would meet the same fate as her sister in November 1916. 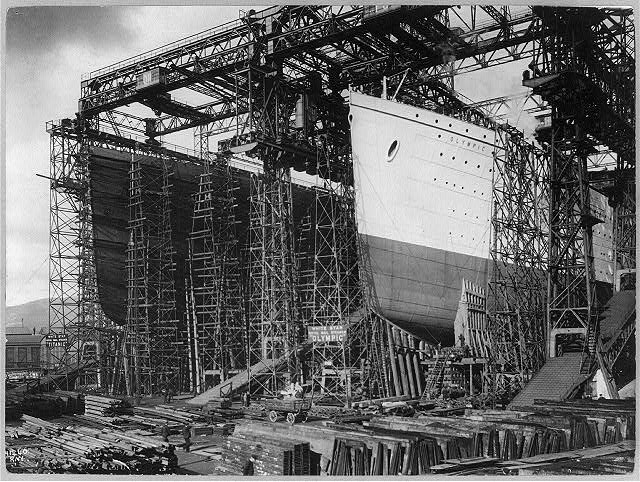 Olympic and Titanic under construction. Courtesy of the Library of Congress.

The keel of Titanic was laid down on March 31, 1909, in Belfast, Ireland under the architectural vision of Thomas Andrews. Titanic was nearly 100 feet longer and fifty percent heavier than its nearest competitor. Speed was never meant to be factored into the design; it could still make the transatlantic journey in a week’s time just like its competitors but leaving behind the vibrations found in the outdated propeller styles of her competitors. The primary focus was size and passenger luxury, and Titanic certainly delivered on that front.

Re-creating a new slipway was not the only innovations made to accommodate the building of the largest moving manmade object. The gantry, a crane system used to maneuver over the ship and carry the materials for construction, for Titanic was custom made standing over 220 feet tall. 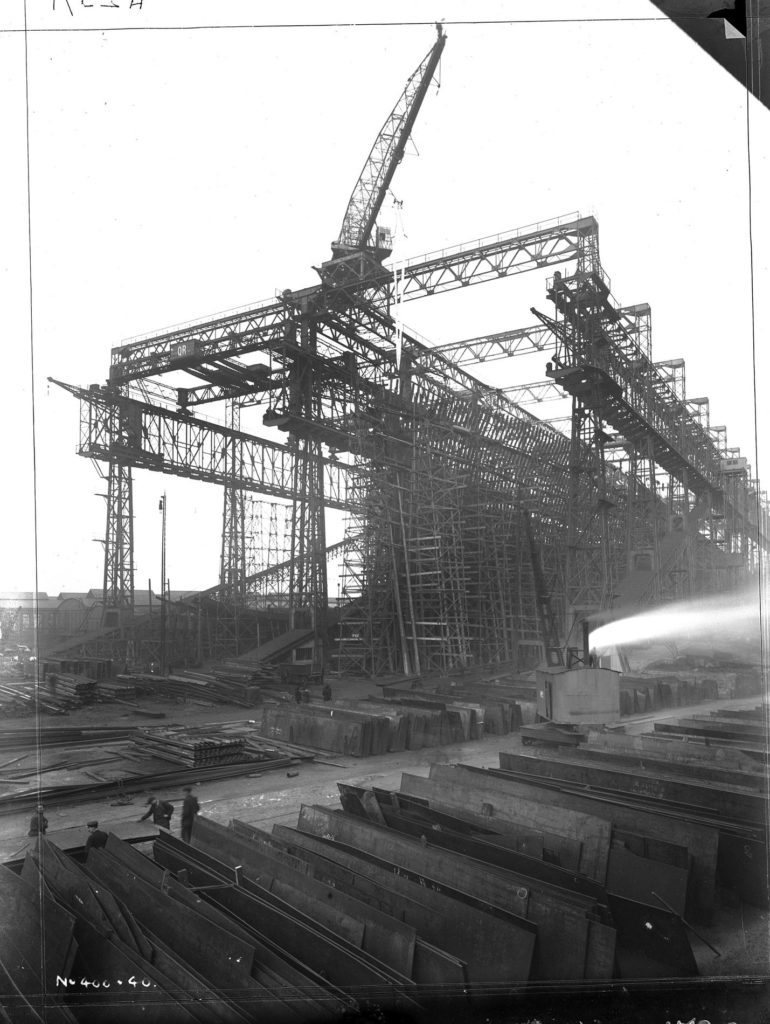 With 2,000 rolled steel plates to make up the hull, the inside was whole other architectural feat. Andrews designed cutting-edge naval features by dividing the hull into 16 water-tight compartments, so if the middle two or front four compartments flooded the ship would still be able to stay afloat, branding Titanic as “unsinkable”. This gave passengers going across the Atlantic a sense of security and served as a valuable marketing tool for White Star Line to sell tickets.

In order for this mammoth of structure to move, it required a lot of power which by the early 1900s was coal powered steam. With six boiler rooms, Titanic would have twenty-four double-ended Scotch boilers and five single-ended boilers. The double-ended boilers we 20 feet long and over 15 feet in diameter and had six coal burning furnaces. This new luxury liner was well equipped and produced 46,000 horsepower. All this power supplied the steam-powered triple screw propulsion system which would ensure it could move at the suitable pace of 22 knots. With luxury in mind, the propeller blades were deliberately pitched at an angle, making the ships movement smooth compared to the vibrations produced by other liners. 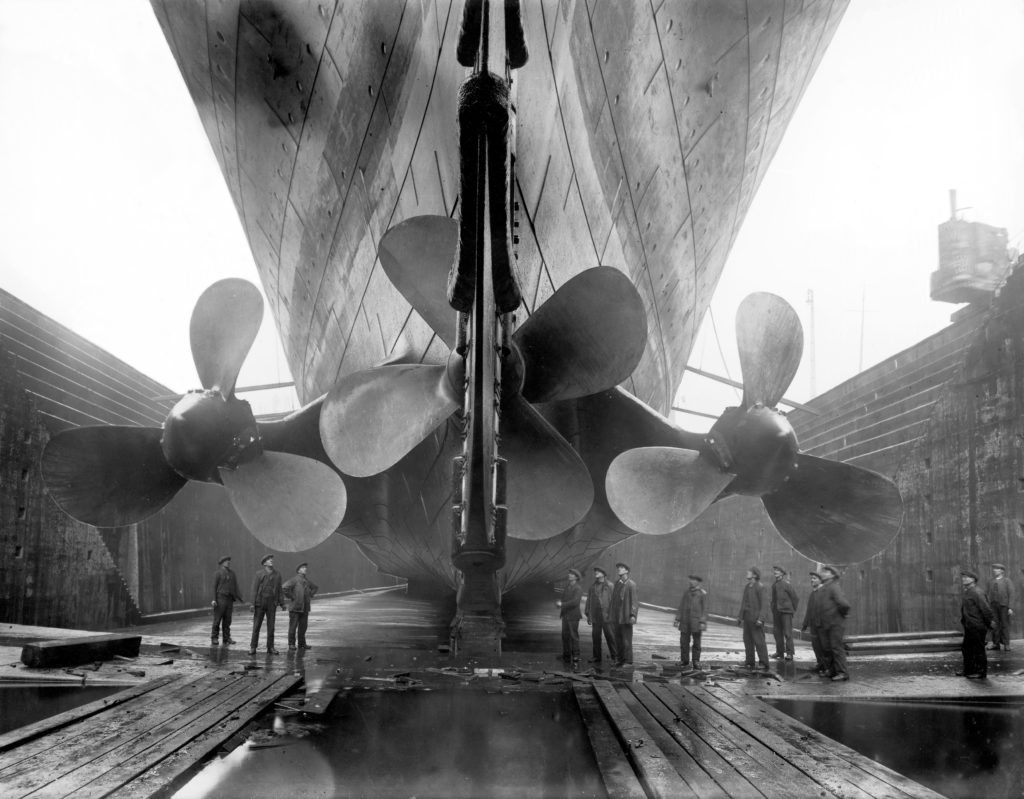 There are many factors that led to the ultimate sinking of Titanic, including budget cuts and flawed engineering plans, but one of the factors was in the materials themselves. The steel used for the hull was ten times more brittle than steel used today due to being produced in an open-hearth furnace. Combined with the below freezing temperatures of the water, the steel became abnormally brittle. All this to say, steel welding was a new technology so it would have been the best steel produced for that time.

Sea trials would begin on April 2, 1912, a mere week before her maiden, and final, voyage. Because of bad weather the trials had been delayed by a couple of days, but when the weather cleared, she was ready to try out her sea legs. One her 12-hour trial, Titanic underwent many tests including her turning ability, different speed as a well as a “crash stop” reversed from all ahead full to full astern. Upon her return to port, she was deemed seaworthy and would leave an hour later for Southampton to begin her infamous journey.