My enthusiasm for history started pretty early on in life. On a family trip to Hawaii when I was in third or fourth grade, I remember complaining to my parents about all the time we had to spend at the beach, because all I wanted to do was visit the historic sites at Pearl Harbor. I’ve since learned to appreciate relaxing days by the water, but my love of history remains just as strong. It led me to major in history in college, carried me across the ocean to Ireland for a semester studying abroad (in Cork, not far from where Margaret Brown’s father was born) and resulted most recently in a graduate degree. But as much as I have enjoyed studying history over the years, I didn’t realize how much fun it could be to teach others about remarkable people, places, and events of the past until I started working as an education intern here at the Molly Brown House Museum. 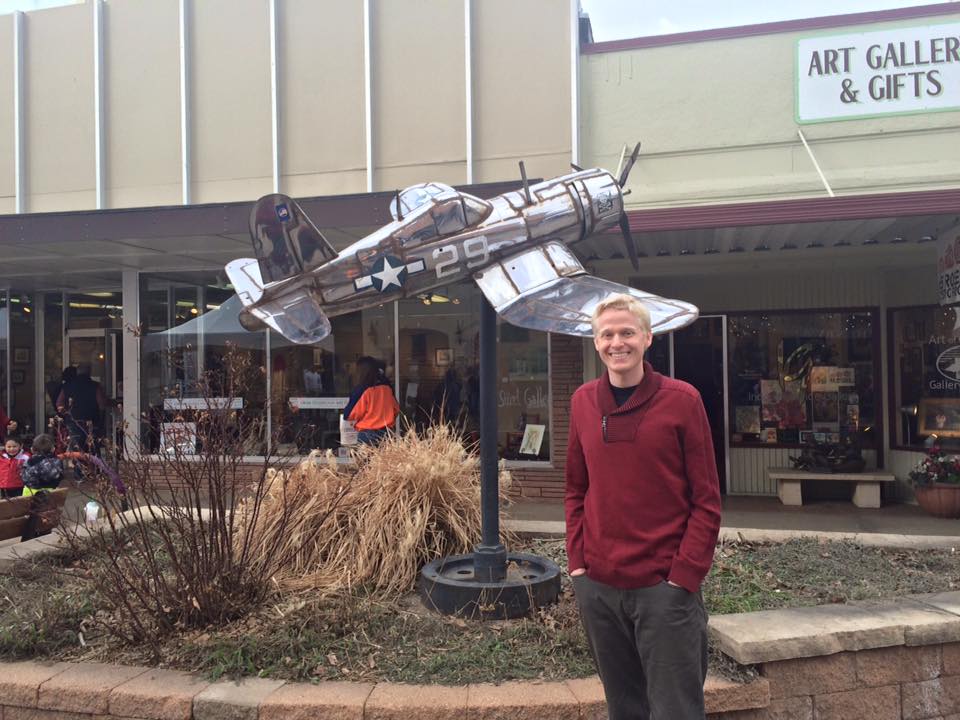 Unlike some internships, where responsibilities might only consist of helping out behind the scenes and/or acting as the resident “gofer,” my position here put me right in the front lines of educating students and visitors. Beyond giving tours of the house and the neighborhood, I also had the opportunity to present educational programs at local schools and libraries, help plan and put on after-hours events, and even design and develop my own outreach program.

One of the most fascinating parts of gaining an education in museum education was discovering the variety of creative ways to engage people in different topics. For example, I can’t imagine many second-graders being enthralled by the finer points of historic preservation if they had to sit through a lecture on the subject. But when they built a town out of Lincoln Logs, and then had to decide which buildings to save as LEGO redevelopment swept through the community, they were suddenly invested in the issue, giving imaginative and spirited defenses of why a historic hotel shouldn’t be bulldozed to make room for a supermarket (one girl suggested you wouldn’t want to upset the ghosts who surely resided in the old hotel). How to teach a subject obviously depended on the audience: building a toy city captivated elementary school students, while young professionals at an after-hours “Thirsty Thursday” event were more receptive to historical re-enactments and trivia games (accompanied by a few cocktails, of course).

Beyond teaching in a variety of different ways, the range of subjects I could talk about and research was almost limitless. This was in large part because Margaret involved herself in so many different causes, events, and adventures throughout her life. Mining, women’s suffrage, workers’ rights, fashion, travel, the media, animal welfare, religion, the juvenile court system, the arts, Colorado history, World War I – Margaret had a direct link to all these topics and many others, to say nothing of the possibilities raised by exploring her broader social and cultural milieu. Within a few weeks of working here, I found that even the obvious connection to the Titanic could be approached in some rather… unconventional ways (let’s just say James Cameron’s 1997 blockbuster wasn’t the only film we researched for a planned “Titanic in the Media” event). For my monthly contribution to the “Between the Lions” blog, I got to learn about three generations of men in Margaret’s family who led lives nearly as fascinating as her own, from her father John Tobin, who fought for abolition alongside John Brown, to her son Larry, who helped smash the Hindenburg Line in the First World War.

Putting together my own educational outreach program combined the knowledge and research skills I developed as a grad student with the creative approaches to presenting information I learned at the museum. After finding out about Margaret and Larry’s involvement in World War I, I decided to center my project on the experiences of Larry’s fellow “doughboys.” I had researched and written about the war pretty extensively in school, but thinking about how to get third and fourth graders to relate to soldiers who fought a century ago was obviously a much different task. For one thing, I never got to try on a gas mask while writing any of my seminar papers. Just telling students about the urgency of getting your mask on in the midst of a gas attack didn’t seem like it would have quite the same impact as having them race to put the masks on themselves, so a pair of vintage gas masks made their way into the program materials. The opportunity to take this sort of hands-on approach to education was one of my favorite parts of working at the museum.

My time as an intern here at the Molly Brown House Museum showed me the “education” part of my title really had a dual meaning. In striving to provide great learning experiences for students and visitors, I also gained a fantastic one for myself.