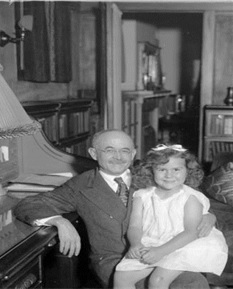 Courtesy of the Denver Public Library

Margaret Brown is well known for her progressive and liberal ideologies regarding a wide array of topics common to her day. Topics ranging from education, women’s suffrage, labor rights, judicial reform, and marriage equality. While serving as a champion for these causes throughout Denver, Colorado, and the world Margaret often encountered, worked with, and socialized with others who believed in such progressive causes.

One such prominent crusader was Justice Benjamin Barr Lindsey, founder of (with Margaret Brown’s help) Denver’s Juvenile Court, and the namesake behind Denver’s current Lindsey-Flannigan Courthouse. Margaret and Justice Lindsey’s similar views’ regarding youth justice reform and their work together has been well documented. A previous blog on that topic can be found here.  So similar, and not to mention boisterous about their passions, were Margaret and Justice Lindsey that before they first met at a Denver dinner party the host remarked “ Mrs. Shafroth and I had a wager as to which one would out-talk the other.” (Lindsey, 2009, p. xxxi)

Youth justice reform was only one of Margaret and Justice Lindsey’s causes. The two were also both strong proponents of marriage equality. Justice Lindsey in particular advocated for equal rights to be shared in a marriage and for both parties to have a say regarding procreation, child-rearing, and even divorce, all of which were very taboo subjects during the period. Lindsey was so committed to these ideals that in 1927, along with coauthor Wainright Evans, he published The Companionate Marriage a book that outlined the principles and structure of marriage and gender equality that Lindsey so strongly believed in.

For Lindsey The Companionate Marriage was a way for him to outline in legal terms, social and private concepts that he believed in and thought were ready to begin occurring throughout America. In the introduction of the book Lindsey defined a companionate marriage as “legal marriage with legalized birth control, and with the right to divorce by mutual consent for childless couples, usually with out payment or alimony.” (Lindsey, 2009, p. xiii)

These principles, blasphemous for a majority of the country and for many of Lindsey’s readers, were met with strong criticism. Lindsey most certainly understood that, as he had dealt with critics against his beliefs his entire life. Many critics argued that the points made by The Companionate Marriage, and the very idea of a companionate marriage would lead to an ethical weakening of marriage and the country, the veteran judge believed the opposite. By making marriage equal and transparent Lindsey argued that the institution would be strengthened and that millions of marriages would be turned into a mutual partnership of trust and respect. Lindsey so believed in his ideas behind restructuring marriage that he argued he could greatly decrease America’s divorce rates, he outlined a new method of divorce proceedings and couples therapy, which he described in detail in his book.

“A lawyer, as a judge, would be required to by present laws and constitutions           of the state but with him would be added scientific experts and specialists in    human conduct and behavior…it would be open and freely accessible to all     classes of discordant couples. Its proceedings would be confidential. I firmly believe it would succeed in getting at least one third of them to changer their minds instead of their mates.”

Lindsey’s companionate marriage was too radical for his contemporaries and never came to fruition in his lifetime. In fact his adamant adherence to preaching for companionate marriage would go on to hurt him, bringing him national attention and often times infamy, contributing to his eventual disbarment in 1927. In fact a Time Magazine article from July 11, 1927 remarked that Lindsey “ has become to many thousands of his countrymen a radical, a lunatic, an attacker of the sanctity of the home, and advocate of free love and of birth control.” (Time, 1927)

While Justice Lindsey did not see changes to the status quo in his lifetime, it is impossible to not see the threads of his beliefs in America’s common accepted norms regarding the concept of marriage and gender equality. One cannot help but think that Denver’s “kids judge” would be proud to see how married adults treat each other today.